New book: The Organ as a Source of Inspiration: Rebirth of a Giant (Paris - Vatican - Licheń) 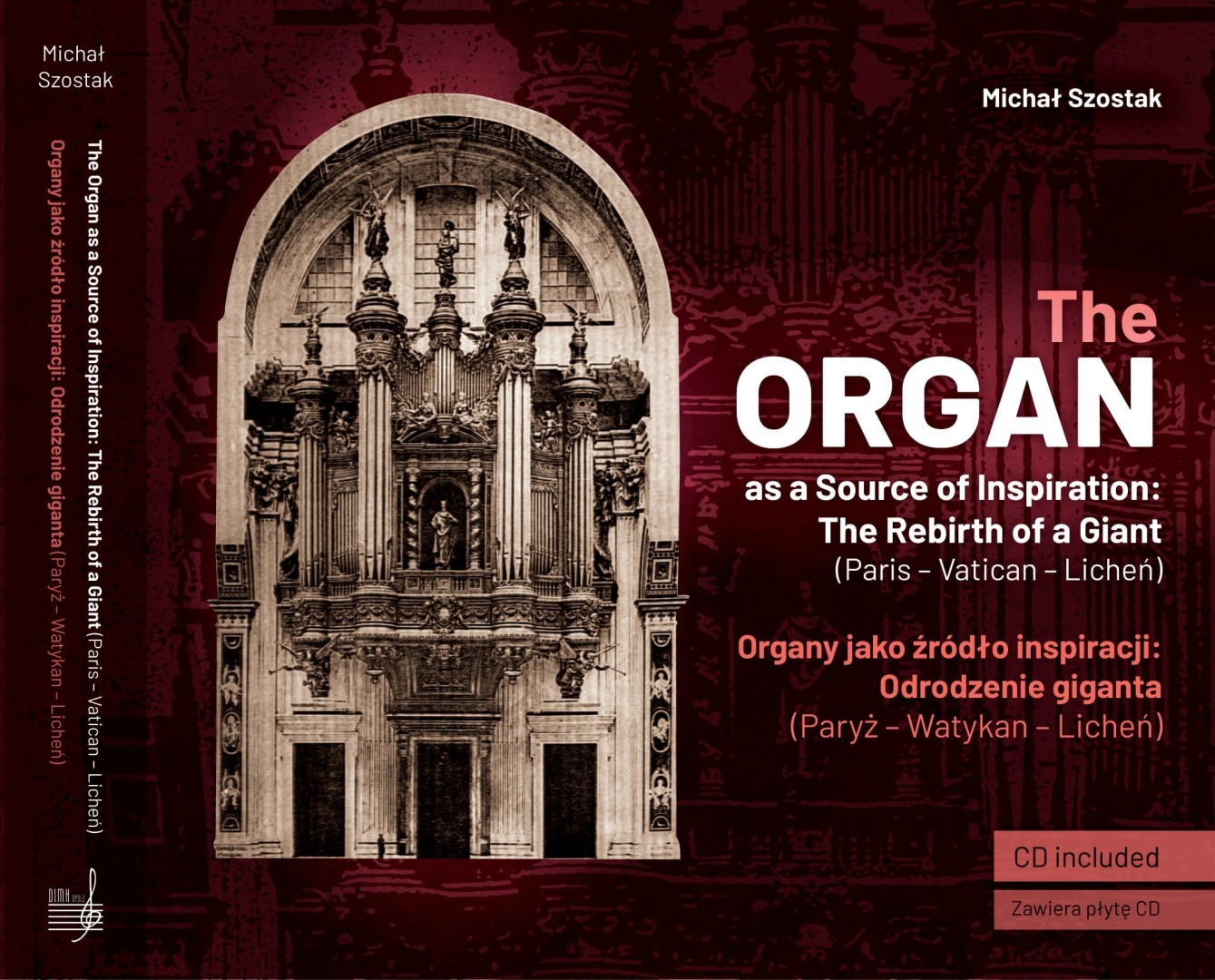 The bi-language (English-Polish) book is a collection of scientific and artistic research on the role of the instrument as a source of inspiration for an organist in the art of stylish improvisation and the historically oriented practice of performing symphonic organ music from the French cultural circle of the 2nd half of the 19th century. The above-mentioned optics has been expanded to include phenomena focused around the theory of “aesthetic situation” (based on R. Ingarden’s phenomenology), concerning the perception of organ music. The considerations are illustrated with a rich collection of more than 450 photos, as well as recordings (CD included) made on the largest Polish organ in the basilica in Licheń Stary.

About the author: Dr Michał Szostak, Associate Professor, organist, improvisator, researcher, born in 1980 in Poland. Doctor of Musical Arts in Organ Performance (Fryderyk Chopin University of Music, Warsaw), studied in Poland, Italy (Pontificio Istituto Ambrosiano di Musica Sacra), and the UK. An international concert organist performing dozens of recitals annually in Europe, North America, South America, Asia, and Africa. His organological publications are issued regularly by prestigious organ magazines: British The Organ, Canadian Organ Canada, as well as American The Diapason and The Vox Humana. Member of The Royal College of Organists, London, The American Guild of Organists, and The Organ Historical Society, USA. The former Music Director and the Principal Organist at the Sanctuary of the Virgin Mary in Licheń Stary (the largest organ in Poland 157/6M+P). He recorded on CDs. Besides, he has completed Master’s and PhD studies in the area of management (Leon Koźmiński University, Warsaw) and, as Associate Professor, works at the University of Social Sciences and Collegium Civitas, where he conducts interdisciplinary research at the interface between business and art, as well as didactic activities.

The book may be purchased right now on eBay - here.

New book: The Organ as a Source of Inspiration: Rebirth of a Giant (Paris - Vatican - Licheń)

The bi-language (English-Polish) book is a collection of scientific and artistic research on the role of the instrument as a source of inspi...

Nomination for an Associate Professor of the University of Social Sciences, Poland

On June 24, 2021, I was nominated for the position of Associate Professor by the Rector of the University of Social Sciences. Link - here.